With ReluxDesktop, measuring points for calculating a solar altitude graph can be conveniently placed in a scene using the mouse. To do this, click on the "Insert/Measuring object" ribbon section. One of the entries on the menu that then folds out is entitled "Solar altitude". After clicking on this entry, you can place a new solar altitude point in the scene. 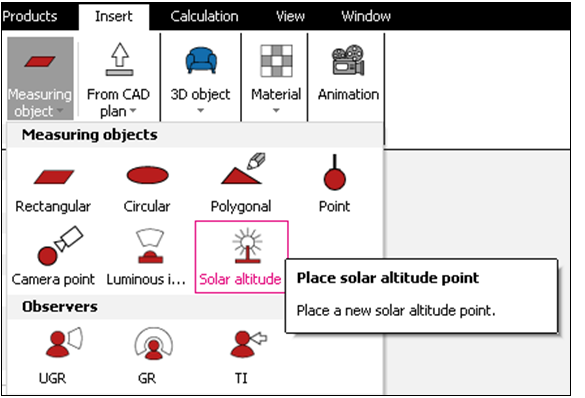 Placing a measuring point for the solar altitude calculation.

After the point has been placed, a new node appears in the scene tree with the abbreviation SAG (Solar Altitude Graph). The position of the measuring point can now be changed with the mouse or the keyboard.

Entry options for changing the position.

Measuring points positioned as a row.

In the calculation manager, the measuring points that have been placed can be calculated after activating the option "Solar altitude graph". 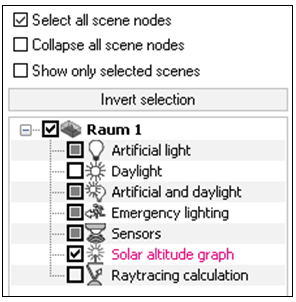 After the calculation, a separate entry appears in the output tree for each measuring point.

Outputs in the tree of the same name.

On solar altitude graphs, it is possible to read off those true local times at which the underlying measuring point receives direct sunlight. In the following example, this is at 12.00 true local time (TLT) in almost all months, except in late December, because the sun is too low, and also between 21 April and 21 August, because the sun is too high. 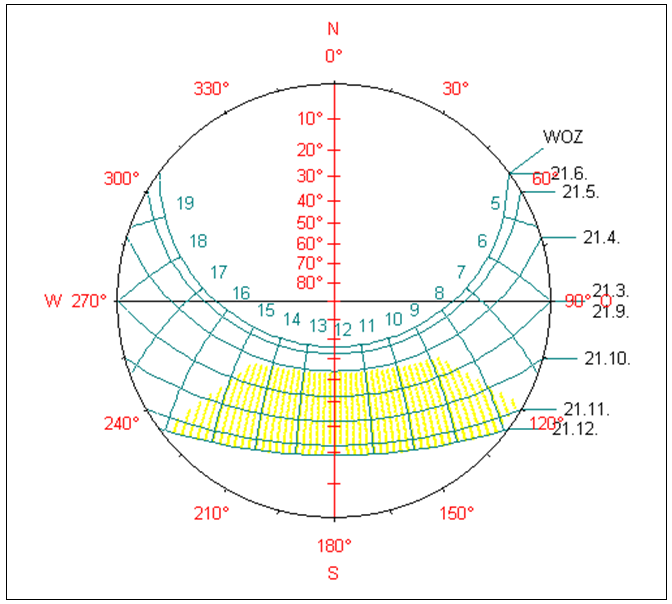